A few things...
- Moved to Winnipeg in 1994 from Kahnawake, Quebec.
- Have been published in the area of indigenous education.
- A former writer of short fiction.
- A fan of English football and a rabid Arsenal supporter.
- In a former life, I was an amateur wrestler (one time member of Canada’s Junior National Team). I occasionally take part in combative sports for recreation. 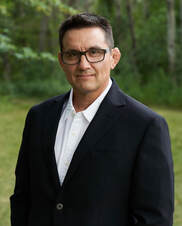 A bit about me...
I spent the first 18 years of my life in Kahnawake, Quebec, a First Nations community just south of Montreal.  Growing up in southern Quebec, I’ve had the opportunity to experience life in First Nations and urban contexts.  I’ve attended First Nations, public and private schools and have met some wonderful people through education and sport.  I currently serve as a Canada Research Chair at the University of Manitoba and have been an Associate Professor since April of 2016. I  study indigenous language education with support from the Social Sciences and Humanities Research Council of Canada. My current scholarship is leading me into the direction of philosophy of education as well as religious studies.
Powered by